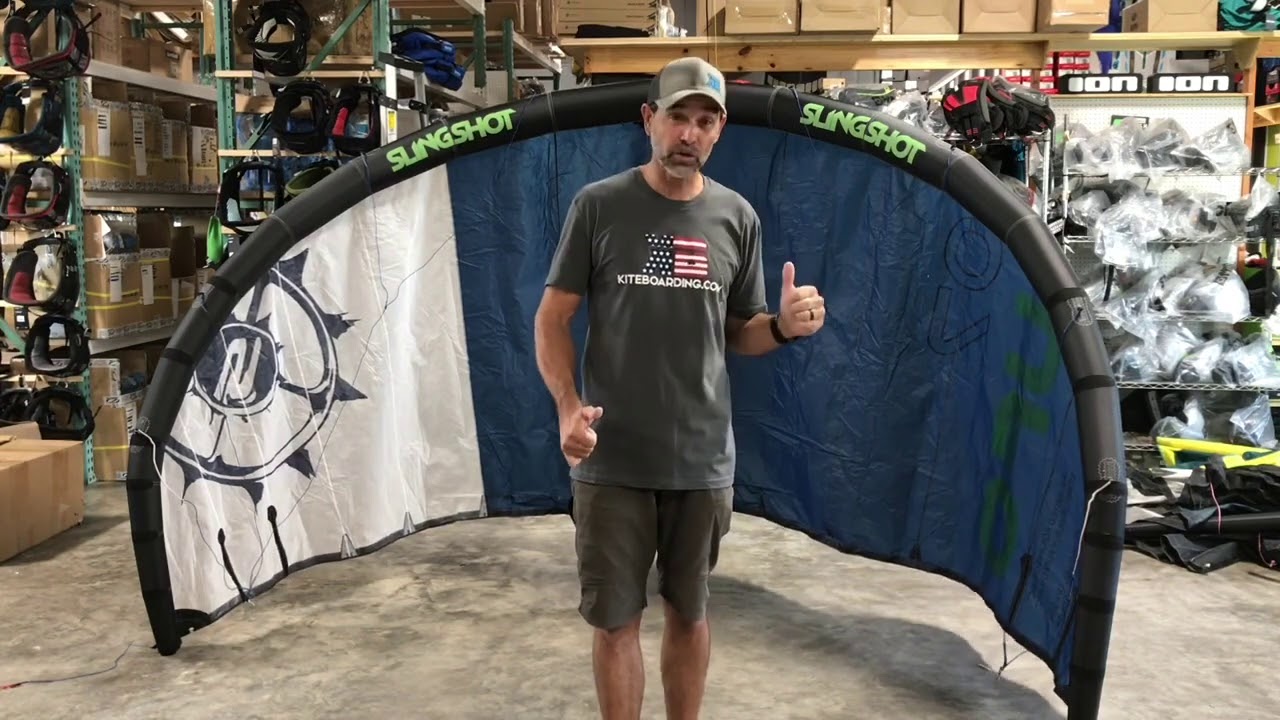 Are you prepared for out-of-this-world foil performance? The all-new UFO will take you there—and beyond—as the lightest LEI kite ever produced. Built off a strutless design, the UFO is lighter, faster and more efficient than anything else on the market—that’s why it’s the Unlimited Foiling Object.

We sacrificed nothing and maximized everything when we designed the all-new strutless UFO to be our pure, unlimited performance foiling kite. The UFO’s has a Compact Swept-C canopy shape for direct and instant handling, as well as insane range and power control, and an IRS bridle for immediate response. Off of that strutless design and bridle configuration, we made the canopy out of Teijen D1 fabric—the lightest weight ripstop available—and then stripped the UFO down to just the bare essentials in order to make it the ultimate foiling machine with unbelievable handling and space-age drift.
WHY YOU'LL LOVE THE UFO

A foiling machine optimized in design and construction to be the Unlimited Foiling Object. To introduce the UFO to the foiling family, we talked with our brand manager, Alex Fox, to get the full scoop on the How, Why, Where of the UFO’s strategic minimalizations that have produced our lightest kite ever. Don’t forget to watch the review below!

Why the UFO? What niche does the UFO fill that was missing from the other Slingshot kites?

The UFO was made specifically for foiling—UFO is an acronym for Unlimited Foiling Object—and it’s our first strutless kite. The design premise for the UFO was to remove all the limitations that kites with struts have, so that you’re able to foil to the absolute best of your ability.

Getting rid of the struts was the first step?

Absolutely. Struts are really good for certain things but they are also really bad for other things—they add weight and they add drag. Struts are made from Dacron, which is much heavier than the ripstop fabric the kite’s canopy is made out of. By removing weight and drag, you get a kite that drifts much better, which is critical for foiling. Additionally, removing the drag also means that the kite reacts quicker, turns faster, and is able to fly further forward in the wind window. That’s not to say that all kites with struts are bad foil kites. We are confident, however, that the UFO and its optimized strutless design removes all the limitations for you and your foiling.
strutless lei kite

Why is sitting forward in the wind window important for the UFO?

A lot of foilers have been using the SST or the Ghost. How does the UFO’s drift compare to those kites?

Simply put, the drift is significantly better. Drift is basically the kite flying itself when there’s a lack of tension on the lines. A kite that’s lighter weight is obviously going to drift far better than something that’s heavy.

You need a kite with drift when you’re foiling. If you’re learning to foil, a downwind jibe is  a difficult maneuver to handle if you’re on a really heavy kite—it’ll fall out of the sky and then all of a sudden will catch the wind and power back up, jerking you off your foil. A kite with drift will making learning infinitely smoother.

And then as you get better, you’re able to utilize a kite’s drifting capabilities for these really long and drawn out jibes. When you have a kite that drifts incredibly well, you’re able to extend those turns bigger and bigger because the kite is flying there right alongside of you even as the lines are slack. They’re super, super fun because you just cover all this ground and it feels like a big bottom turn in surfing or a huge carve while snowboarding. The UFO’s performance has really turned foiling into this insane video game where you’re opening up lines that weren’t previously possible with traditional kites with struts.

Besides being strutless, how else has the UFO been optimized for foiling?

Everywhere. We strategically minimalized throughout the UFO through our Flyweight Construction to heighten its ultimate foiling capability. It’s built to be incredibly lightweight and efficient in the sky. From a construction standpoint, we used a lightweight 0.3 millimeter bladder material. Bladders are the heaviest things inside any inflatable kite. Additionally, if you look at the UFO’s framework, it’s super simple. There’s not a ton of stitching on the frame. It just has what we call “rib dishes”, which are necessary for construction. It’s an ultra-simple build.

We also decreased all of our reinforcements—mark cloth, scuff guards…. all these things that add weight and aren’t critical to a foil-specific kite. We have some reinforcements on the UFO, of course, but not as many as we would put on a kite that’s going to be used for freestyle or that’s going to take more of a beating.

All these optimizations means the UFO packs down incredibly small, right?

Because they have been strategically minimalized in features and weight, the complete size range of UFOs—four sizes—all fit into one our traditional kite bags. They pack down incredibly small! You can fit your full quiver of a three-, five-, seven- and nine-meter UFOs in one bag that’ll fit in an overhead compartment on a plane. The three-meter UFO you can fit into a one-gallon Ziploc.
UFO kite backpack

How important is the UFO’s Compact Swept-C canopy shape in regard to power?

Power is hugely relevant. What makes UFO magical is that it’s a perfect sum of two seemingly contrarian pieces: great upwind and infinite drift. The UFO is rather low aspect, and when you have something that’s low aspect, traditionally it sits further back in the wind window. But since the UFO has been optimized for foiling and doesn’t have that drag; it flies contrary to a typical lower-aspect kite—it flies further forward in the wind window. So you’re having this low-aspect design still giving you a lot of upwind ability.

While you’re foiling, power control is essential, because it prevents you from over foiling—especially if you’re a beginner and you start going too fast. If you have a kite that you can instantly let off power, that’s huge because then you’re going to drop back down into the water and not over-foil.

Lower-aspect kites also tend to have more grunt than higher aspect designs. So that grunt gives you all the power that you need, should you need it. So if you’re underpowered, which traditionally you are probably a little underpowered when you’re on a foil—as compared to a twin tip—having that grunt is going to help get you up out of the water and up to foil quicker.

Why the IRS bridle on UFO?

We first came out with the IRS bridle in 2015 on the RPM Kite. It was such a HUGE hit the next season (2016) we moved it over to the SST giving it dynamic turning abilities. When you’re kitesurfing on a wave, you want to whip yourself into position and then dump all of your power in order to actually surf the wave down the line. When you dump the power on a traditional kite and you sheet your bar all the way out, you have no steering because your back lines are so slack that you’re not able to actually give an input into the kite to have it move.

The SST was previously a favorite kite for foilers in our line because it was able to steer depowered due to the IRS bridle. When your lines are slack, the IRS bungee still engages and delivers input to the kite, giving it impressive reaction speed, which is paramount when you’re on a wave.

When you’re foiling and doing these crazy upwind and downwind angles it’s the same as going down the line on a wave: you’re riding toward the kite as it’s drifting and dealing with less line tension. Thanks to the IRS bungee, you’re able to still get that great reactive steering, whether your lines are fully torqued or slack.